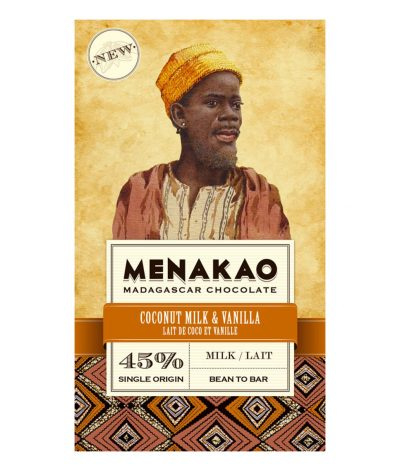 The image corresponds to the portrait of a Merina woman (that of the high country): they occupy the region of Antananarivo, called Imerina. They would have won the highlands after their arrival in Madagascar in the tenth century from Indonesia or Malaysia. Only later, during the reign of Andrianjaka, Antananarivo became the capital of the kingdom. The name Imerina was first pronounced in the late 16th century by King Ralambo (1575-1610), who baptized his kingdom "Imerina Ambaniandro" (the land raised under the sun).

A creamy and sublime exotic milk chocolate with notes of vanilla and coconut milk.