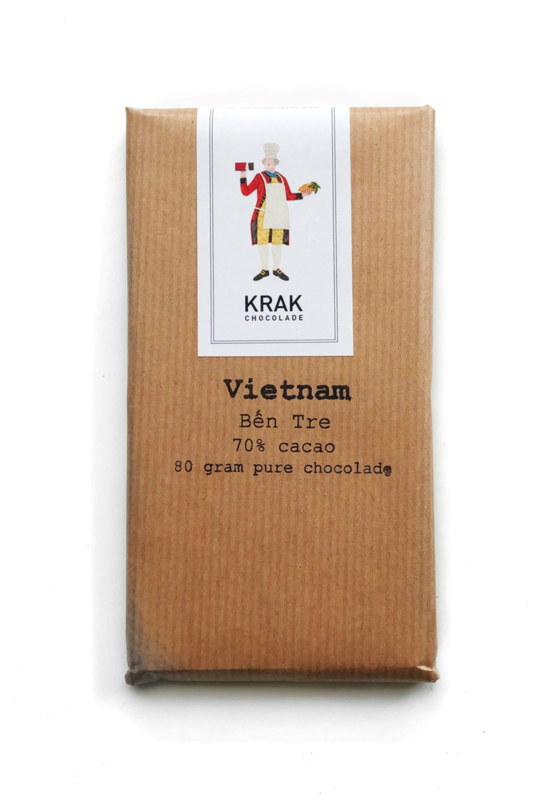 Cocoa was introduced in Vietnam, in the province of Ben Tré, in the late 19th century. Unfortunately, with little success. The cocoa, from the cocoa trees that remained standing, was eaten raw and directly from the pod by the population. It was tried again later in the early 1980s. The interested people were the Russians. Even before the first cocoa was ready, the iron curtain fell and the potential buyers disappeared without a trace. The cocoa was canceled. Until the demand for chocolate increased in China around 2000. The large companies, from China, wanted to get the cocoa from nearby Vietnam. This was mainly bulk cocoa. At the same time, the demand for good cocoa increased. The cocoa trees, from Ben Tré for example, which were left from 1980 and were previously used to open new plantations with quality cocoa trees.