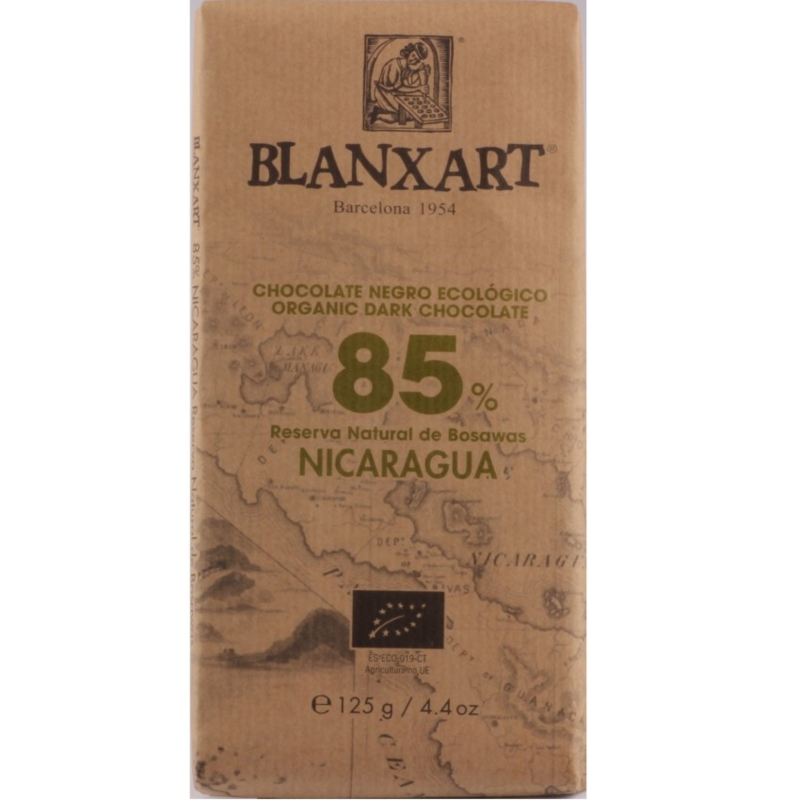 Natural de Bosawás, a hilly rainforest in Nicaragua, which was registered in 1997 as a UNESCO biosphere reserve. The bar contains the two cocoa varieties Criollo and Trinitaio, the second of which is a cross between the Criollo bean and the Forastero cocoa bean. The Criollo cocoa bean is the oldest known cocoa variety and stands out with its astringent taste and subtle bitterness. The Trinitario has a number of aromatic characteristics of the Criollo, but is somewhat more robust.

The Blanxart Negro Nicaragua 85% contains undertones of various citrus fruits and flowers, nuts and pineapple. Despite the sharp, bitter taste of the bean itself, the Negro Nicaragua is slightly sweeter. By using the powerful beans, the bar is pleasant to eat, but also intense and tasteful.